Diary of the journey on the path least traveled..just letting the heart do the talking while the fingers do the walking while being different, being me… 🙂

I did not plan on sharing some thoughts today, this Sunday, but world events have cast a brief dark shadow over the path…man’s in-humanity against mankind..

Maybe No More Children Will Die

I set here looking at the news
The powers wanted peace they say,
And while they spoke, bombs were dropped
20 children died that day!

What’s wrong with this idea?
Why not give PEACE a try,
Let’s give it a go, everyone
Maybe no more children will die

Smiles on their faces, while shaking hands
Arms deals for defense would come into play,
A bomb went off in a crowded market
10 children died that day.

What’s wrong with this idea?
Why not give a world with LOVE a try,
Let’s give it a go, everyone
Maybe no more children will die

A war to end all wars, they said
Yet to war they always return,
Death, destruction, suffering and pain
Won’t they every learn?

What’s wrong with this idea?
Let’s give LEARNING a try,
Let’s give it a go, everyone
Maybe no more children will die.

Anger versus anger, hate versus hate
Seeds sown by war at home and away,
Starvation , sickness, a mother in tears
More and more children die every day.

What’s wrong with this idea?
Why not give PEACE, LOVE and LEARNING a try,
Let’s give it a go, everyone
Maybe no more children will die.
( Larry “Dutch” Woller)

Will they ever learn, one wonders?…“We can easily forgive a child who is afraid of the dark, the real tragedy of life is when men are afraid of the light.” (Plato)

Yes, this weekend there were more mass shootings here in the USA… “The saddest aspect of life right now is that science gathers knowledge faster than society gathers wisdom” ( Isaac Asimov)…

The sad part is the leadership, and others, are failing to help deal with the issues, mainly because of element of world society’s closed minded ideologies and self-gratification.. here on the path (and elsewhere no doubt) there are changes being made while chasing one’s dream ( and hopefully it will allow others to know their dreams)…. I were born and raised on a farm in the 1940’s, 1950’s and early 1960’s… I am standing next to my father and sister.. 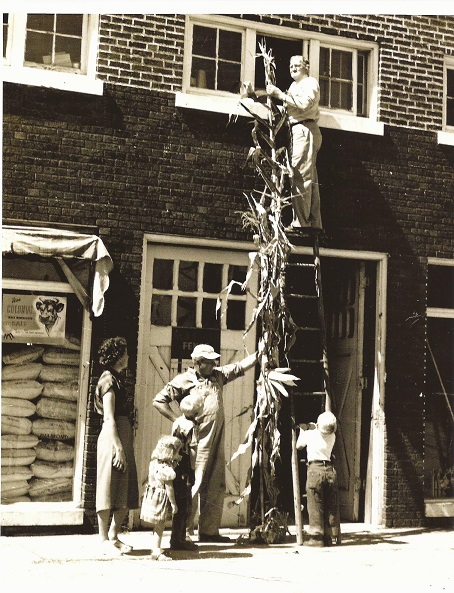 Being a typical country boy of that period of time, did do some hunting, not the sport type hunting but just what was needed for eating… the last time I used a weapon as a civilian were in 1962, before I enlisted in the service…. a photo of me, South Vietnam 1966…

Now, I did have a couple of shotguns, a little .22 rifle and a antique muzzle loader but they mainly gathered dust hanging on a wall…. well, in 2015 I made the decision to get rid of the weapons so they would no longer be a threat to another creature… I contacted the local sheriff’s department to come get them…

We will do that for you. Please send us an address and phone number to contact you and set up the pickup.

Am I correct in assuming that you are the sole legal owner of the items and that you are donating these to CCSO (no one individual), we can simply destroy them if we deem appropriate (we often take them to a Peoria plant where they are melted down.)  Please advise by email.

Thank you and thanks for your service in Vietnam.

I put the weapons on the table.. 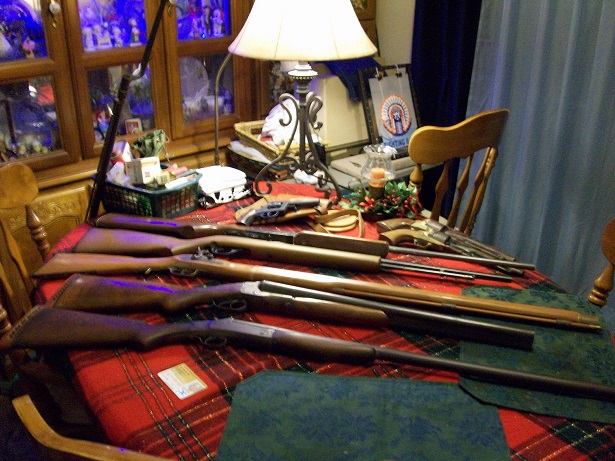 And a young deputy came on a sunny October morning and left with the weapons, helping me do my part to help others… “I gave all those (all races, gender, beliefs, religion) from all countries that perished in the Towers a time of thought and remembrance… but now it is time to move on, not live in the shadows of 9/11….. I cannot change the past, but I can help determine the future… I cannot help the dead but I can help the living.. (Larry “Dutch” Woller)

But we have a dream
Martin Luther King and I,
That one day there will be peace
No more mortals will die.

And there will be hope
Of a world filled with love one day,
A wish that could come true
For hope is the last to die…they say.
(Larry “Dutch” Woller)

Well, I had better close for now… working on more changes as they are all part of the dream and perhaps “Try to be a rainbow in someone’s cloud.” (Maya Angelou), but I shall return again one day, Fate be willin’ and the creeks don’t rise….

Yes, with patience, love and understanding “A house that is built with patience, understanding and love will withstand the strongest winds of difficulties and conflict , a house built with a closed mind, insincerity and haste will collapse in a mere breeze of discontent.” (Larry “Dutch” Woller ) the world will be a better place..

17 thoughts on ““There are some people who live in a dream world, and there are some who face reality; and then there are those who turn one into the other.” (Douglas H. Everett) on the path least traveled…”