Chores are finished, a rainy, foggy day and with it being March and weather on the mind, thought I would share a few thoughts about weather events past…

first time was in 1976 and during high school tournament time…the state tournament was being held at the Assembly hall, it were a pleasant day to start though weather threatening… ventured into town briefly after the games started so didn’t have to deal with crowds shopping to get a few things for my family and my mother-in-law, returned home, stopped at my mother-in-laws place, just got there when the fire siren went off..
I ask my neighbor, Hubie, if it were a tornado or a fire and he smiled and said “I do not know” (didn’t have tornado sirens then).. He was out of cigarettes so he talked me into taking him to the Pink House to get a pack and a 6-pack…we pulled into the parking lot and I looked to the west, the sky was dark from Urbana north and from Tolono south, clear inbetween but for one dark streak inbetween, the tornado… I told Hubie to hurry, he forgot his cigarettes but remembered the beer, we rushed to his house, got in the basement, and drank HIS beer and smoked MY cigarettes ( smoked at the time) and waited out the tornado… they say it had lifted up as it approached Ogden so the damage was not quite that severe but for the empty grain bin that fell and just missed the bank…

Not March Madness but the college tournaments were still going on, I believe.. was in the house with my wife, had a Midland NOAA weather radio, a scanner and watching Judy Fraser on TV…severe weather was to the west of us and moving in our direction and had all three on and listening…we had a location in the house for a safe place and a backpacked filled with batteries, flashlights, battery powered radio, spare medicine, etc so were ready.. The wind had been blowing, with some rain, when it suddenly got quiet, a few seconds later the wind picked up, then lost power, the last thing I heard Judy say was” there was a touchdown reported at SE Urbana” and we headed for our safe place…again, the tornado had come from the SW…the power had went off before they were able to sound the tornado siren and the backup failed so there were no warning…this time it hit Ogden damaging or destroying about 80% of the town and killed one person..

This time the bin got the bank…. 😀

They have moved the bank and gave up on rebuilding the grain bin…. 😀 I had a cuckoo clock, (that was my mother-in-laws before she passed away) and was working fine until that night has not worked since..

Have taken it to a few clock specialists and the only thing they speculate is the rapid change in pressure caused some damage as cuckoo clocks are very sensitive…so it hangs on the wall where it was that night, the time set at 8:50 PM.. 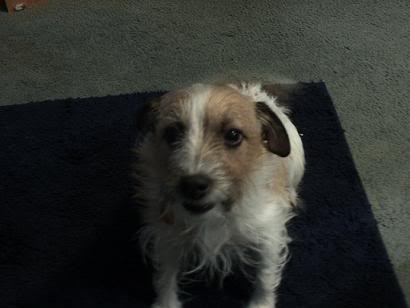 She had her own place to take cover and when one of those weather radios would sound off, she would go there and not leave until it was safe to do so…. 😀

Sooooooooooooooooooooooo, here it is, 2016, twenty years later and March Madness time… will history repeat itself, one wonders???… it appears the first chance to find out may come this Tuesday, the 15th.. 😀

Such is the weather on the path least traveled, Diary, will get on with the day but I will return one day, Fate be willin’, the creeks don’t rise and the winds don’t blow me away.. 😀

Maybe we should call the wind “Maria”…..